Nipple tattoo is most widely known for helping breast cancer survivors after surgery, 3D realistic nipple tattoos can be tattooed post mastectomy to recreate the areola and nipple. Nipple Tattoo and Areola Tattooing play a vital part in the journey for survivors, helping them regain their confidence and body positivity.

What is 3D Nipple Tattooing

3D nipple tattooing is a non-surgical alternative to nipple reconstruction. Nipple tattoos may take 90 minutes to 2 hours. It varies on time frame for scar camouflage depending on size and shape.

If you have had breast cancer, I am able to create a very realistic 3D nipple and areola for you. If you’ve had a single mastectomy then the aim is to copy your natural areola as closely as possible.

Nipple tattoos are also suitable for reconstructing or enhancing the areola from other types of breast surgery, including:

Tanya uses her extensive skillset, knowledge, and artistry from her traditional tattooing career spanning over 20 years to recreate beautifully realistic nipple tattoos for men and women.

How will a Nipple Tattoo help me?

Nipple tattooing or Areola tattooing as its sometimes called can be used to enhance natural nipples too, adding shape, increasing size, or boosting the colour. Heart shaped areola have also become a popular trend and offer a fun tattoo alternative for many people.

Nipple tattoos and areola tattoos are normally over scars, scar tissue is slightly different to work with than normal skin, so it is worth speaking to someone that has been trained or has experience in this area.

Tanya has also written a helpful ebook about Nipple Tattooing. Free download below.

During your consultation, I will discuss treatment options that are suitable for you.  I’ll explain the treatment fully to you and answer any questions you have.

If you would like to book an appointment, or discuss Areola Tattooing / Nipple Tattooing in more detail, please fill out the contact form in detail: 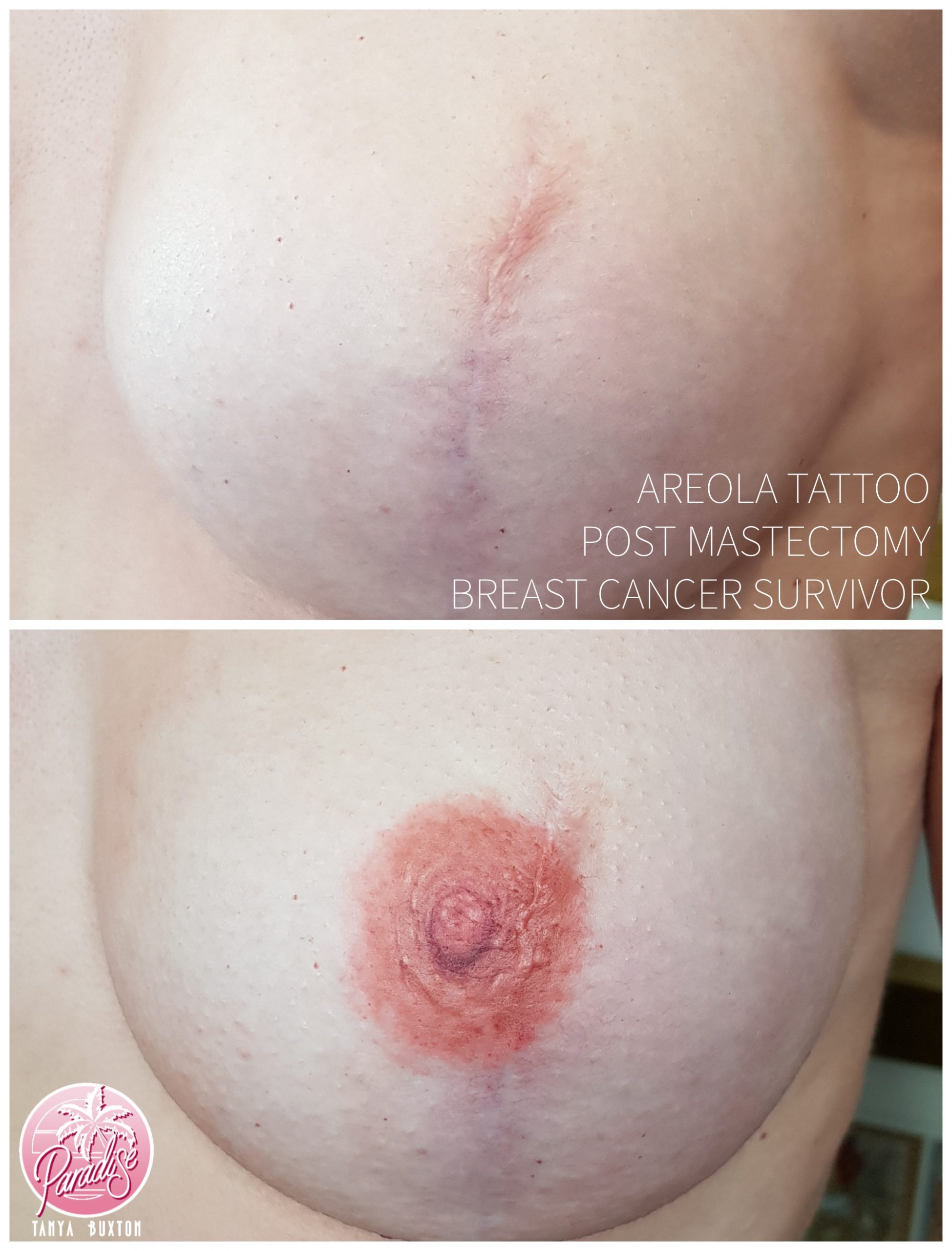 Tanya is the founder of the mastectomy tattooing alliance. A charitable organisation Supporting Breast Cancer Survivors reclaim their bodies.